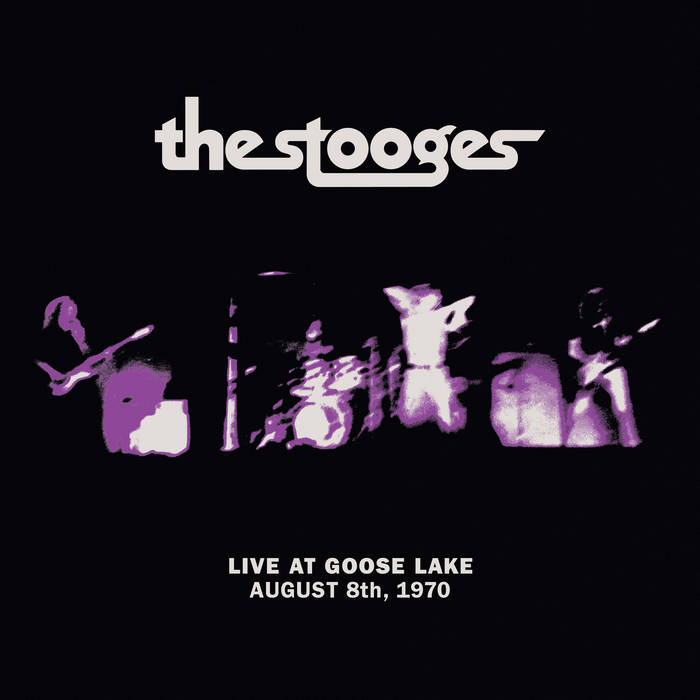 baxlap Four days late, but worth the wait!

The apocryphal tale of the Stooges performance at the Goose Lake festival has been told countless times over the past five decades. Bassist Dave Alexander, due to nerves or overindulgence or whatever you choose to fill in the blank, absolutely spaces in front of 200,000 attendees. He does not play a single note on stage. He is summarily fired by Iggy Pop immediately following the gig. Here starts the beginning of the end of the Stooges.

But what if that simply...wasn’t the case? What if you could prove otherwise? Well, it’d be the proto-punk equivalent of having an immediate, on-the-scene, man on the street report of all those folkies booing Dylan’s electric set at Newport in ‘65. Irrefutable evidence of what ACTUALLY went down.

Found buried in the basement of a Michigan farmhouse amongst other tasty analog artifacts of the same era, the 1/4” stereo two-track tape of the Stooges complete performance at Goose Lake on August 8th, 1970 is the Rosetta Stone for fans of this seminal band.

Not only is this the last ever performance of the original godhead Stooges line-up, but it is the ONLY known soundboard recording of said line-up. Playing the entirety of their canonical 1970 masterpiece Fun House, the sound, the performance, everything about this record is revelatory.

Would you believe that...Alexander actually DID play bass on this occasion? Or that, despite a handful of flubs, he manages to hold his own? Especially on the bass-led songs “Dirt” and “Fun House”? Does Iggy provoke the crowd to tear down festival barriers? Did the powers that be pull the plug on the Stooges? So many questions are answered only to have more arise.

Released to coincide with the 50th anniversary of the performance, Live at Goose Lake: August 8th 1970, is the rare release that literally rewrites the history of these Rock and Roll Hall of Fame inductees.

Bandcamp Daily  your guide to the world of Bandcamp